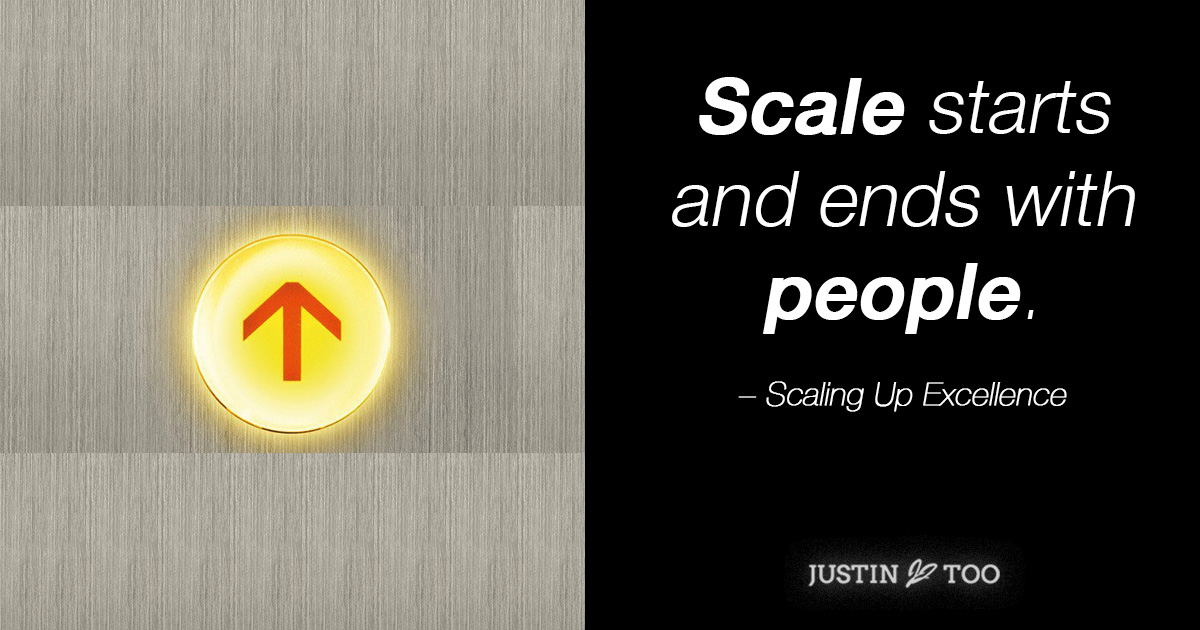 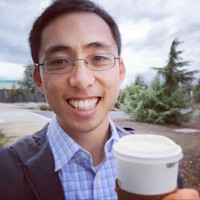 90% percent of all startups still fail.1

And the reason why is scale. It’s easy to start a business, but hard to scale one, according to ​David Butler, the ​VP of Innovation at Coca-Cola and author of Design to Grow: How Coca-Cola Learned to Combine Scale & Agility.

But how do we move from a culture of start-up to scale-up, especially in the “startup valley”?

Especially inside the Church.

Why we haven’t, why we are not, and how we might is what I’m considering.

Franck Nouyrigat, cofounder of Startup Weekend, introduced the general concept of a scale-up in 2013. He defined a scale-up as “a business in search of its maximum scalability.” He suggested that we need to put as much focus on creating scale-ups as we have in the past around creating startups.1

We have enough raw material to work with in Kingdom terms - God and God’s people. One leads while the others follow. It’s pretty simple. We have all we need.

With a church already on every other block, what we need is not to multiply (in quantity) what what we’re doing (start-ups), but rather, we need to multiply (in impact) what’s already being done (scale-ups). And that can only happen through a disciplined, synergistic scale-up effort within an inter-connected and inter-dependent ecosystem.

Why does every idea have to become a full-blown organization?

Rather than multiplying the number of our startups and letting them live a few paltry years before their statistically inevitable demise, couldn’t we instead synergistically combine our startup efforts to leverage each one’s strengths to create an organization that can scale?

Continuously starting up is wasteful in terms of board member time and energy, resources, and budgets, and it’s spreading our “flocks” thin. We need to be grazing together and thriving together on a sustainable pasture, not spreading out the flock into siloed pastures where we are all merely surviving.

God’s call for every Christian is to thrive, not just to make it to the end alive.

Isn’t it more efficient to have one body with many functions, instead of many body’s with the same functions? Each body requires the same fundamental resources, so it’s easier to sustain one body than it is ten bodies.

Shouldn’t each organ be incubated within the same body in order to cooperatively work together? A brain is complex and a heart is robust, but on their own what use are they? Only in connected collaboration can they scale up to comprise the miracle we know as a human. Or, in our case, a scale-up organization.

Technology has been used to reduce transaction costs through the sharing economy phenomenon. It has been revolutionary because it has allowed business models to profit from what was previously underutilized resources – unused value is wasted value.

To cultivate a church scale-up, we must cultivate our people to reduce the idle, wasted time in their day.

What if individual Christian’s had access to a platform that empowered them to “share their life.” This could mean sharing their life story and their passions and allowing the power of their testimony to fuel a scale-up effort.

What if this platform could enable my life to become a platform for the Gospel?

Lean Six Sigma is a methodology that relies on a collaborative team effort to improve performance by systematically removing waste. Indeed many aspects of life in general are prone to waste. In Lean Six Sigma, types of waste have been categorised by the acronym DOWNTIME: Defects, Overproduction, Waiting, Non-utilised talent, Transportation, Inventory, Motion, Extra-processing.2

We need to leverage network effects, and the best way to do so would be to scale-up together.

What would be a minimum viable platform that would give an ecosystem of faith-based organizations a foundation to launch from with common resources to share?

What does every platform need? It needs providers, producers, and consumers.

What I would like to do is provide a platform for Christians to produce their life story so that the rest of the world can consume the Good News.

The fear of every prospective start-up user is that they’ll waste time and resources signing up for a service that may fail to gain traction. Hence, the need for scale-up organizations that we can rally behind to push onward and upward.

When you listen to people talk about what the ‘secret of Silicon Valley’ is, they always give you the startup story,” said Reid Hoffman, LinkedIn founder, Greylock Partners venture capitalist, and host of the podcast “Masters of Scale.” “The real secret is not startups, Hoffman argued, but “scale-ups.” The area’s resources enable founders to build companies up to a global scale very quickly.”3

I think about all the human talent and ambition to impact the world. The goal might be to go global and to make a mark on the billions of people populating planet Earth, but before organizational scale comes individual skill.

In the book Scaling Up Excellence, I read that scale starts and ends with people.

So when I think about scaling up, I don’t think about it first at an organizational level. I start at a personal, individual level.

Before we can change the world, we must first change someone’s world.

But what we need now are churches that can employ and deploy God’s people to use their raw purpose, passion, and talent. Perhaps we can realize a global scale once our secret weapons are engaged.

God’s people need to take their place as the Church’s secret sauce for scaling-up.

As an engineer and entrepreneur, I love designing and building.

But at this point in my life and faith, I have to be honest with myself: Am I just building?

I think there is a 4-step cycle of action:

And as an engineer and entrepreneur, I think it can be very easy to get stuck in a loop of only the first three actions: thinking, designing, and building.

It’s a fine distinction, but one that must be made because if more of us found more purpose in doing than in building, I believe we would see much more collaborating.

In the Silicon Valley – “startup valley” – so much time and energy is spent on starting new things in search of the next big wave. And I believe this is culturally engrained in many of us, including me. Especially as an engineer and entrepreneur.

Beginning a new startup church, para-church, or non-profit is a no brainer. All you need is enough passion to decide to do so. No real funding, strategy, staff, legal framework, or business model is required to start. And that quickly leads to the end.

The end of an individual’s motivation and the end of a God-given vision and mission. And that’s a tragedy.

You May Also Enjoy 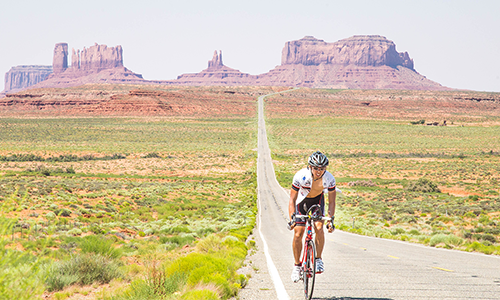 Why Francis Chan Left His Megachurch 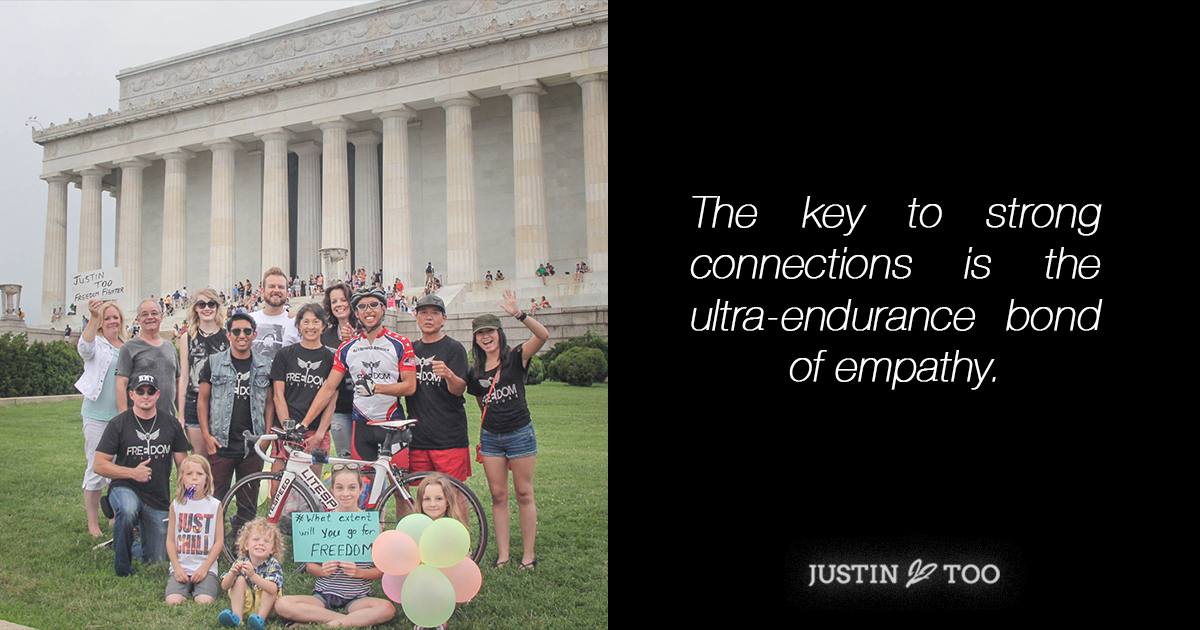 The Ultra-Endurance Bond of Empathy 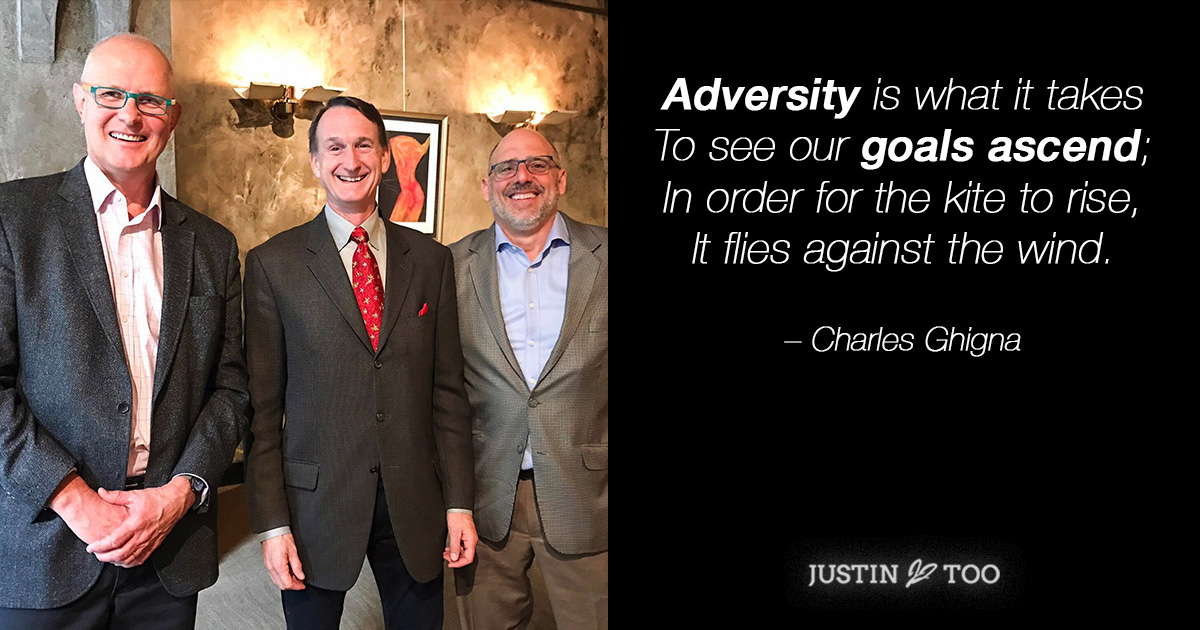 The 3 P’s of Adversity Training

How do you deal with adversity?